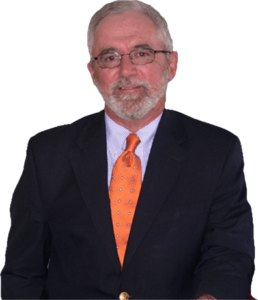 Daniel Lyons is a principal attorney in the law firm of Attorney Dan Lyons & Associates in West Haven, Connecticut. Dan is a litigation attorney who is in court almost every day, and he enjoys a solid reputation for his legal ability and professional ethics. He is a highly rated, versatile lawyer with ability and experience to handle both Criminal, and Civil cases to a successful conclusion. His primary areas of concentration are Criminal Defense Law, DUI Defense and Plaintiff’s Personal Injury and Auto Accident Injury.

Dan has extensive experience in Criminal Law and DUI law and his Firm has developed a Criminal and DUI Defense Practice that is Statewide in scope. He regularly covers cases in the Connecticut Superior Courts in Bridgeport, Milford, Derby, New Haven, Meriden, and Middletown. He prides himself on his firm’s ability to offer serious and vigorous legal representation for reasonable legal fees.

As a former Assistant State’s Attorney (Prosecutor) in both Part A and Part B of the Connecticut Superior Courts, he knows the criminal justice system very well and knows how to navigate a case through the system to a reasonable and successful conclusion. His clientele face a wide variety of offenses including vehicular homicides, manslaughter and assault with a motor vehicle, robberies, sexual assaults, and weapons charges to driving under the influence, domestic violence, larceny, and juvenile court charges.

Attorney Lyons has considerable experience and ability as a civil litigator, representing injured people who bring claims for monetary damages against other people whose negligence caused the injuries. If Dan’s clients are injured by uninsured drivers, he also brings claims against the client’s own auto insurance policy, which, contrary to popular misconception, does not result in an increase in the client’s auto insurance premium.

When he is able to carve out some leisure time from the demands of a busy law practice, Dan loves to golf, spend time on the beach with his family and friends, and surf cast for bluefish and striped bass. Dan is a devoted fan of the UConn Women and Men’s Basketball program and watches every game.